Theory Test: Reasons for the test

Before explaining more fully what is involved in the Hazard Perception test, let's look at why the Driving Standards Agency (DSA) introduced this test and how it should help to reduce the number of crashes on the roads.

Young drivers between 17 and 25 years of age are more likely to be involved in a road traffic crash than any other age group.

Specifically, within the first two years of passing the driving test, new drivers are more vulnerable than any other drivers:

'As many as one in five new drivers has a crash in the first year. Although 17-21-year-olds represent only about 7% of all licence holders, they make up 13% of drivers involved in injury crashes.' (Source: DETR: Road Safety Research Series No.2 - Novice Drivers' Safety).

The reasons for the higher risk associated with young drivers include poor physical control of the vehicle, as well as poor attitudes and behaviour. Research has shown that young drivers -both male and female - have more crashes in the evenings and early mornings than older drivers and that a high proportion of these are single-vehicle crashes.

Speed is a much more significant factor in young-driver crashes than it is in crashes involving older drivers.

Alcohol, fatigue and peer pressure from friends also contribute to crashes at these times and under these circumstances.

A group of friends aged between 18 and 20 go out for the evening. The driver drinks only soft drinks all evening; the others drink alcohol. At the end of the evening the group heads home. In high spirits, the friends egg on the driver to go faster and take more risks.

The driver heads into a bend too fast, misjudges the severity of the curve, brakes hard in the bend and locks the wheels. The driver loses control of the vehicle and crashes.

They also learn how to look further down the road and predict the dangers ahead. They learn to ask, 'what if a lorry was broken down around the bend or there is roadworks, or someone is cutting across the bend coming the other way?'

Reading the road ahead, predicting where the dangers are and where the next crash could be lurking is what hazard perception is all about.

Why it is a Good Thing

Both the Theory Test and its Hazard Perception element are designed to improve novice drivers' skills so that they are less at risk within the first two years of passing the driving test. Research has shown that just three hours of hazard perception training can reduce the crash rate of the inexperienced driver to that of the experienced driver.

It is therefore a good thing that the Hazard Perception Test has been introduced, because training hazard perception skills means that not only are you more likely to pass, you are also less likely to be involved in a crash within the first two years of passing the practical test. 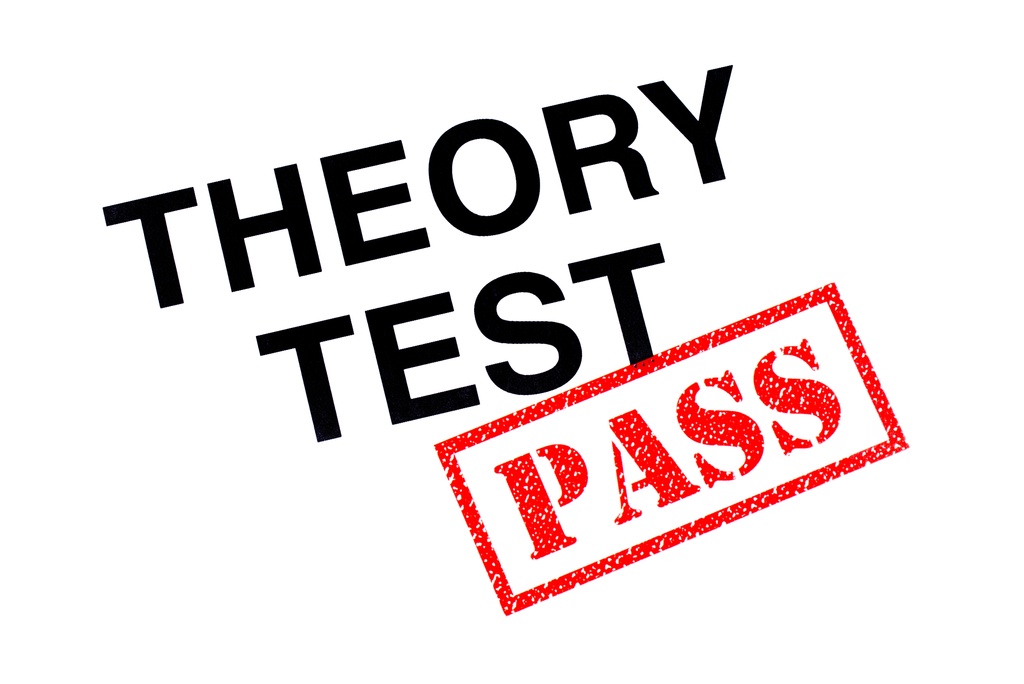 How the test works

The Hazard Perception Test is taken at the same time as the Theory Test. Both tests are treated separately, and both must be passed at the same time, otherwise both tests will have to be retaken.

The Hazard Perception Test takes about 15 minutes to complete and consists of a number of computer-based real-life video scenarios. Candidates sit in front of the screen, watch the silent video clips and click a mouse button every time they see a developing hazard. The quicker a hazard is recognised, the higher the score.

A red flag appears at the bottom of the screen to allow candidates to recognise that the clicks are registering. The score at the end tells the candidates whether they have passed or failed.

The video clips used in the test were trialled on groups of learner drivers,  novice drivers and experienced drivers.

The reason for this is because research indicates that inexperienced drivers do not spot hazards as early as experienced drivers and consequently often do not give themselves enough time to respond safely. By trialling the clips in this way, the DSA was able to set a scoring system that would pass those learner drivers who had training in hazard perception and understood how to identify developing hazards.

When you are learning to drive, the first skills you acquire relate to the control of the vehicle. As soon as you are able to move away, accelerate, brake, steer, change gear, stop the car - and can translate these basic skills into tasks, such as moving away up or downhill or turning left and right at junctions - you start learning to read the road ahead and plan ahead. While you are practising these higher order skills you are still perfecting your car control skills.

For example, you are driving down a road in the middle of town. Looking well ahead you see a set of traffic lights on green. You start to assess how long they might have been on green and you check your mirror to see how soon you would need to start braking if the lights were to change to red.

You do all this while the lights are on green, so that when they do switch to red, you can quickly check the mirror again to see if anything has changed and start gently braking to a stop, refining your progressive braking so that you can stop without jolting forwards.

A hazard is anything that might cause you to change speed or direction. In this  example, looking ahead, seeing the lights and deciding how they might affect you is hazard perception. 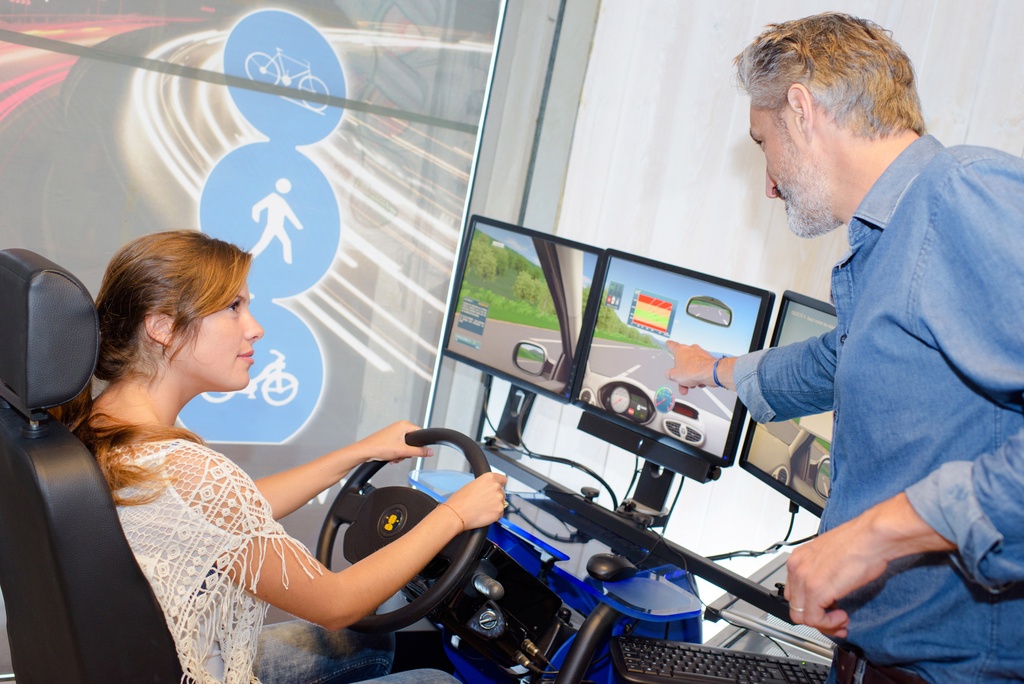 On top of this there is a difference between a hazard and a developing hazard.

For example, a bend is not too much of a problem on its own, if you adjust your speed appropriately. However, with a car parked on the bend the situation could become awkward.

Add a bus coming towards you and the hazard has now developed into something that will cause you to change speed or direction.

An experienced driver would have anticipated a problem with the parked car and spotted the bus early by scanning the area and trying to look across the bend.

An experienced driver would be adjusting their speed and position so that they would not have to stop before passing the parked car and meeting the bus. An inexperienced driver might spot the bus so late that there would be no option but to brake harshly and cause problems to all concerned.

By developing your hazard perception skills through training and then taking the test, you are aiming to be at least as safe as an experienced driver. The Hazard Perception Test tests your ability to spot a developing hazard.

This guide has been produced for the benefit of the freight transport industry and construction plant hire sector and it is Network Rail’s intention to permit free copy and distribution.

No action under copyright laws will be pursued.

The information contained in this document is believed to be correct at the time of publication but regulations, standards and specifications do change.

Network Rail or the contributors make no warranties, express or implied, that compliance with the contents of this document are sufficient on its own to ensure safe systems of work or operation. Each user is reminded of their own responsibilities to ensure health and safety at work and their individual duties under health and safety legislation and road traffic legislation.

Network Rail and the contributors to this document will not be held responsible for any loss or damage arising from adoption or use of anything referred to or contained in this publication.

The Driving Standards Agency introduced a new element to the Theory Test at the end of 2002.

This new element is intended to improve the learner's hazard perception skills. It consists of a computer-based test of moving video clips, which involves candidates clicking whenever they spot a developing hazard.

In this section, you can read about the details of the Hazard Perception Test.